Susan O’Brien, MD, of the University of California, Irvine, CA, discusses results of the CLL14 trial (NCT02242942), which investigated obinutuzumab plus venetoclax (GDC-0199) (O+V) versus obinutuzumab + chlorambucil (O+C) and found that O+V produced a much greater PFS and high rates of MRD negativity. This interview took place at the 24th Congress of the European Hematology Association (EHA) 2019, held in Amsterdam, Netherlands.

One of the exciting findings was the CLL 14 trial, which was the randomized trial of chlorambucil and obinutuzumab versus venetoclax and obinutuzumab, in generally older patients...

One of the exciting findings was the CLL 14 trial, which was the randomized trial of chlorambucil and obinutuzumab versus venetoclax and obinutuzumab, in generally older patients. Although the way the eligibility was defined was high CR score, which is a comorbidity score or reduced renal function.

But in general, both of those select for an older population, and sure enough the median age in that trial was in the early seventies. And what we saw is that obinutuzumab, venetoclax produced much longer progression free survival. In fact, again, we don’t have a median in that population yet with about two to three years of followup.

The other interesting thing is that it produced high rates of MRD negativity. And the other interesting point is that this was a time-limited therapy. So in other words, everybody on that trial received either chlorambucil or venetoclax for 12 months. They received antibody for six months.

But at 12 months they stopped, which you would normally do with chlorambucil. But venetoclax has actually been approved in the relapse setting to dose until progression. But the idea here was, well, we know the combination of venetoclax and obinutuzumab can produce MRD negativity, and so rather than treating indefinitely, perhaps we can have a defined period of treatment allowing patients to come off therapy completely after 12 months.

So only one year of therapy. So that’s very exciting. The followup past that year is about one year more. And again, most of those patients are still in remission. Now, will they gradually relapse over time? Maybe. My expectation would be that the MRD negative patients will have even more durable remissions than the MRD positive.

But nevertheless, that’s another very attractive option for us because up until now, the only frontline, a small molecule that we had, if we didn’t want to use chemo-based regimens was ibrutinib, and now there’ll be venetoclax and obinutuzumab also. 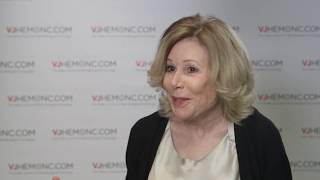 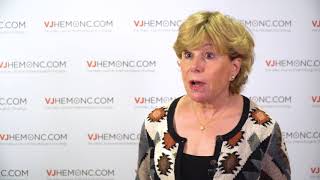 Safety data for the PI3Kδ inhibitor umbralisib for lymphoid malignancies 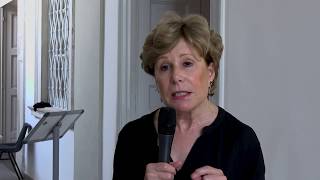