CLL, generally, is an incurable disease, as you may know. We have a lot of new therapies out there for CLL. Targeted therapies, pills, etc., which can all control the disease reasonably well but cure rates, the deep CR rates, and MRD, and detectability rates are still wanting, especially when these new agents are used in monotherapy situations...

CLL, generally, is an incurable disease, as you may know. We have a lot of new therapies out there for CLL. Targeted therapies, pills, etc., which can all control the disease reasonably well but cure rates, the deep CR rates, and MRD, and detectability rates are still wanting, especially when these new agents are used in monotherapy situations.

And when patients progress after, let’s say ibrutinib or venetoclax type therapies, they actually have a very poor prognosis. They don’t do very well at all for very long. So there, there has been a need for newer treatments in that situation especially, and that’s kind of where CAR T-cells come in.

So JCAR017, or Liso-cel, is a CD19 targeted, 4-1BB containing, autologous CAR T-cell product that we studied in phase I/II setting, and I presented the phase I results of that study.

All patients on this study had to have failed the BTK inhibitor, turned out to be ibrutinib in all of them, 100%. We presented data on about 23 patients, across two dose levels.

Essentially there were more than half patients who had also failed venetoclax, in addition to ibrutinib, and pretty much all patients had to fail two or three lines of therapy, depending on what their risk category was of their CLL, meaning if their TP53 mutation etc, their porous disease, it could’ve failed just two lines of therapy.

Including ibrutinib of course. So, like I said we treated 23 patients; nine on dose level one, 14 on dose level two and we found that this was generally pretty well tolerated. You know, we look for specific side effects like cytokine release syndrome and neurotoxicity.

We did find there was a lot of cytopenias but that was just chemo related because they all got lymphodepletion with fludarabine And cytoxan. CAR T-cells take about three to four weeks to manufacture and pretty much about 17 of the 23 patients needed bridging therapy just to control their disease in the interim.

In general all of them were bad acting CLL patients. The CRS rates were very low actually on this study. With no grade for CRS events and only about two out of 23 having grade three CRS events.

The rest, there was a total of maybe 70% patients who had some grade of CRS and it was pretty much all grade one and two manageable issues. Neurotoxicity was also seen in about 30% or so I these patients but only about five of the 23 had grade three or four neurotoxicity, again manageable and reversible.

One or two did need rasburicase and dialysis but they were reversible. One patient had very spontaneous tumor lysis because of severe or rapid disease progression. Didn’t respond to CAR T-cells and that patient actually passed away with TLS actually still occurring, but died from disease progression essentially.

As far as responses are concerned, the overall response rate was pretty high. It was at 67-68%, that we saw right away at the first disease assessment at day 30 with undetectable minimal residual disease in the bone marrow as high as 60%, as well as early as day 30 and then these were maintained over time.

So the longest follow up, the medium follow up for the study thus far has been 9 months but the longest that three patients have gone out to right now is about 15 months or more than 12 months, and they’re still in CR complete remission MRD negative.

So the patients who achieved MRD and undetectability seem to have maintained MRD undetectability thus far. There were about five patients who progressed overall on the study. Three of those were Richter’s transformation but with no detectable CLL anymore unfortunately. So that’s unfortunate and that’s certainly an unmet need of Richter’s transformation across the board. 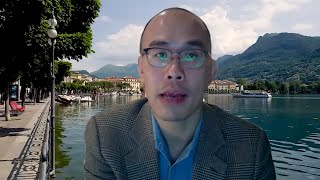 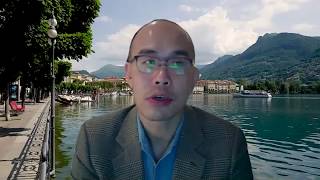 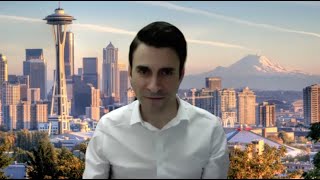 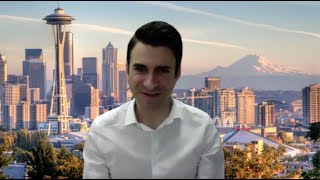 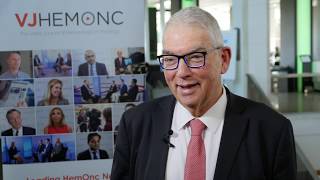 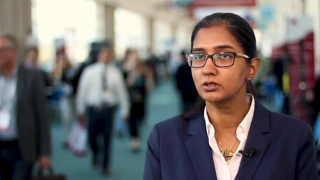 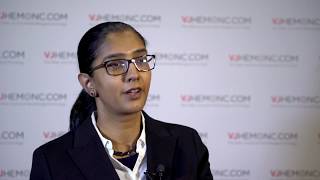 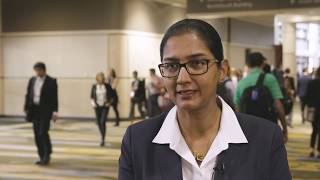