The REAL classification of lymphoma

Twenty-five years ago, almost to the day, there was a paradigm shift in the classification of lymphoma.

Marking the 25th year since the publishing of ‘A revised European-American classification of lymphoid neoplasms: a proposal from the International Lymphoma Study Group1 in Blood, Elaine Jaffe, MD, of the National Cancer Institute, Bethesda, MD, takes us on a “trip down memory lane” at the 2019 International Workshop on Non-Hodgkin Lymphoma (iwNHL), held in Boston, MA2.

Immunohistochemistry and, more recently, molecular techniques have revolutionized the way in which we classify lymphoma. With the highly accurate, reliable and quick techniques now available, it is hard to imagine relying on clinical presentation and histochemistry alone.

Dr Jaffe elaborates on this:

The classification of lymphomas sparked controversy from the very beginning. The assumption that there ought to be a solitary guiding principle or ‘gold standard’ may well be to blame for tensions within the community.

Proposed by Lennert and Luke in 1974, and focusing on cytological characteristics, the Kiel classification system3 was well received by both academics and clinicians.

Elaine explains how “it was a cytological-based system, based on the cell of origin, and it was proposed initially for nodal lymphomas only. It was later extrapolated to extra-nodal lymphomas, something that was not entirely correct.”

Many of these techniques were myopic in comparison to the plethora of options now available, and with the 1970s seeing the proposal of six new classification systems, the standard became somewhat confused. 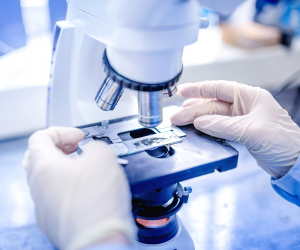 So, the authors published their results and published a working formulation for clinical usage, which they proposed could be a sort of common language you could use to diagnose lymphoma.

Unfortunately, the working formulation was really just a Rappaport system with minor changes in terminology, it was really never intended to be a free-standing classification, but it became widely used in the US.

Importantly, it did not define disease entities. For example, diffuse mixed lymphoma, diffuse mixed was a very useful concept. If you had no idea what the diagnosis was, you could always say it was diffuse mixed!” 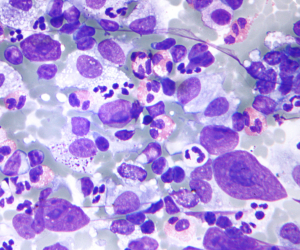 During this time, really rapid progress was being made in the classification of lymphoid neoplasms. The 70s and 80s saw immunohistochemistry flourish with the development of monoclonal antibodies and their routine use with paraffin sections.

Dr Jaffe explains the feeling growing within the community at the time:

“While all this was going on, the pathologists were talking among themselves, and I think an unspoken consensus was emerging that we really needed to move, certainly beyond the working formulation, and probably beyond the Kiel classification as well.”

The International Lymphoma Study Group (ILSG) established a consensus list of lymphoid neoplasms, which was published in 1994 as the “Revised European-American Classification of Lymphoid Neoplasms” (REAL)1. The classification was based on the principle that a classification is a list of “real” disease entities, which are defined by a combination of morphology, immunophenotype, genetic features and clinical features, and there cannot be a single “gold standard”.

Elaine described the principal objective of the group to “break down the parochial barriers that existed between the United States and Europe, which it was felt tended to inhibit the development of modern hematopathology.”

The ILSG held their first meeting in 1991 at Peter Isaacson’s London home. Following this meeting, publications were made that identified intermediate lymphocytic lymphoma and centrocytic lymphoma as identical entities; mantle cell lymphoma. A formal distinction was also recognized between nodular lymphocyte-predominant Hodgkin’s and classical Hodgkin’s lymphoma.

Soon after, the REAL classification was born with the publication of, what experts in the field describe as ‘The Blood Paper’. As Nancy Harris, MD, Massachusetts General Hospital, Boston, MA, very aptly said in the paper of 19941; “We concluded that the most practical approach to lymphoma categorization at this time is simply to define the diseases that we could recognize with currently available morphologic, immunologic, and genetic techniques.”

The REAL classification really represented a new standard in the classification of lymphoid neoplasms. The focus was on the identification of real diseases, rather than a theoretical approach, such as survival, as had been used in the working formulation, or cellular differentiation, as had been proposed in the Kiel system. It was based on the building of consensus and input from 19 expert hematopathologists, and importantly utilized data from the published literature.

The REAL classification was built on a backbone focussing on the cell of origin, be it B-cells, T-cells, or NK-cells, and recognizing that each disease is a distinct entity based on a constellation of clinical and laboratory features. 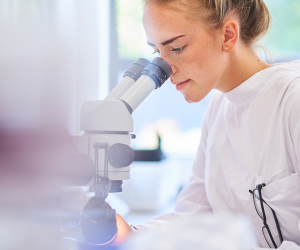 While this may not sound hugely complex on the surface, there were concerns the run-of-the-mill clinician would not easily grasp this new classification. Indeed, Saul Rosenberg, MD, Stanford University, Stanford, CA, who wrote an accompanying editorial piece on the paper commented that “a classification must be reproducible by average, well-trained pathologists using easily available and easily learned techniques.”4

Following these concerns, another study was born and lead by James Armitage, MD, University of Nebraska, Omaha, NE. This used  1,400 cases of non-Hodgkin’s lymphoma originating from nine study sites visited by five non-ILSG pathologists, who classified the cases using the ILSG system. 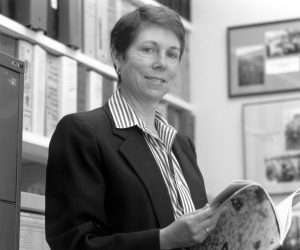 With a remarkable diagnostic accuracy and reproducibility of 85%, it was concluded that the REAL classification could be readily applied. Following this, the World Health Organization (WHO) became involved, publishing their version of this lymphoma classification in 2001.

Elaine explains how this carried the ILSG’s work around the globe for 25 years, and counting:

“The philosophy and principals of the REAL classification were adopted by the WHO classification, which now has gone through several iterations, as you know, with the most recent update published by the WHO in 2017, and I think really represents a modern taxonomy of disease, embracing these recommendations that were originally offered by the Institute of Medicine to build a biomedical information network to promote disease discovery and pathogenetic insights, to provide a framework for precision medicine, to facilitate clinical trials, and to improve the standard of diagnosis and treatment in the community.”