Naval Daver, MD, of the University of Texas MD Anderson Cancer Center, Houston, TX, provides an overview the 2021 treatment algorithm for Fms related receptor tyrosine kinase 3 (FLT3) mutated acute myeloid leukemia (AML). Current guidelines recommend testing for the FLT3 mutation at diagnosis, but there is mounting evidence that suggests that the FLT3 mutation can arise at any time, suggesting that it should be tested for repetitively, and at each relapse. Dr Daver additionally discusses the addition of second generation FLT3 inhibitors such as midostaurin to cladribine or fludarabine with high-dose cytarabine and idarubicin paired with early transplant to achieve improved outcomes. This interview took place during the ninth annual meeting of the Society of Hematologic Oncology (SOHO 2021) congress.

The treatment of FLT3-mutated AML has changed quite significantly in the last five to seven years. So, in the frontline setting, we now routinely will check for FLT3 mutation, in all our newly diagnosed AML, both young and old. For the younger and fitter patients who are considered to be candidates for intensive chemotherapy, we are routinely adding an FLT3 inhibitor at MD Anderson. Our approach has been to add gilteritinib to the backbone of intensive chemotherapy, such as Clea or FLAG-Ida...

The treatment of FLT3-mutated AML has changed quite significantly in the last five to seven years. So, in the frontline setting, we now routinely will check for FLT3 mutation, in all our newly diagnosed AML, both young and old. For the younger and fitter patients who are considered to be candidates for intensive chemotherapy, we are routinely adding an FLT3 inhibitor at MD Anderson. Our approach has been to add gilteritinib to the backbone of intensive chemotherapy, such as Clea or FLAG-Ida. And the reason, especially in FLT3, we believe that combinations such as Clea could be very effective, is because there have been data showing that especially in FLT3-mutated AML, pure and analogs, as well as higher dose cytarabine, seem to have an independent beneficial impact. On addition to that, of course, adding the FLT3 inhibitor, and moving to an early stem cell transplant in remission.

So, we’re trying to maximize the impact for the FLT3 group by adding the pure analog, using higher dose cytarabine with the initial, adding the second generation, very potent specific, well tolerate FLT3 inhibitor, like gilteritinib. And then going to transplant early. And our initial data suggest very higher remission rates, MRD clearance, both by flow psychometry PCR, and a good survival. And this will be presented at the ASH meeting later this year. Now, in the US, the general standard, which is FDA approved, and currently in the NCCN guidelines, is also to check for FLT3, and to add an FLT3 inhibitor. But the one that is currently approved, is a drug called, mitoxantrone, which showed in a phase three randomized study that the additional mitoxantrone to the three plus seven induction improved overall survival versus three plus seven induction with placebo in FLT3, ITD, and or TKD mutated patients.

Now for the older AML patients, older or unfit for intensive chemo, there has been a lot of debate, azacitidine/venetoclax, of course is FDA approved across the board for all mutational subtypes. And when we look specifically at the FLT3 mutation patients who received HMA, either on the VIALE-A study, or on the phase one B study in a pool analysis presented by Dr. Marina Konopleva from MD Anderson at the ASH meeting, we see that the response rate is actually very good for FLT3-mutated patients with aza/ven. 65 to 67% arise, so no problem there. But the median survival in the FLT3 mutated, was only 11.5 months, still better than azacitidine alone, which is 8.5 months, but not really very impressive. And so they’re having a lot of efforts to see what we can do to improve that survival in the frontline or unfit FLT3 AML, beyond what we’re getting 11 to 11 and a half months with aza/ven.

And so this led to a large randomized study of aza-gilteritinib treatment versus aza, hoping that the second generation FLT3 inhibitor gilteritinib treatment, could be very potent, and further improved response in survival. Unfortunately, this study was stopped in the interim analysis, because it did not meet the primary endpoint, which is overall survival. We do not yet know the details of the study publicly. These will hopefully be presented at a large meeting in the net near future.

But so now the big question, is aza/ven marginal improvement in survival aza-gilteritinib treatment, as far as we know, no improvement in survival, what do we do next? So, in parallel a lot of preclinical work emerging from three or four large labs, Marina Konopleva, MD Anderson, Tony Latai, the group at the Ohio state, showed that there is a very high synergy and synthetic vitality when you combine Mitoxantrone with FLT3 inhibitors, whether it was gilteritinib, quizartinib, or sotorasib.

So, this has led to many doublet combinations of gilteritinib/venetoclax, quizartinib/venetoclax and even triplets. The one that’s most advanced that we presented at the ASH, and the EHA meetings recently, was a combination of venetoclax/gilteritinib treatment, which shows the CR/CRi rate, was about 80% in relapse refractory FLT3-mutated AML with this doublet. This is pretty much double of the 45, 50% CR/CRi seen with single agent gilteritinib treatment in the approval ADMIRAL phase three study. So, we think in addition to the molecular data showing more than two times higher molecular clearance, and a trend towards improved survival, that the combo is very, very effective, and is my choice for a relapse refractory AML.

And in the frontline we are now also evaluating azacitidine with venetoclax treatment, triplet of course, myelosuppression is the key issue, and there’s a lot of modifications and tweaking that are ongoing in the current clinical trials to optimize the dose. And we’re seeing that about 14 days of ven, and 80 milligrams of gilt for 14 to 21 days seems to be tolerable sufficient, and getting us close to 100% remission rates in the frontline setting.

So, I do think in the future we will be developing this triplet. And may become the next best option for frontline FLT3. And if it continues to show the very high remission rates, MRD clearance, BCR clearance, that we are seeing, and will be presented at the ASH meeting this year, then this may also be a triplet that could start competing for younger patients, 60, 55, as we march down the age, getting more confidence in the efficacy and durability. So, I do think that in the FLT3 field, we are seeing a point where we are starting to think about non-intensive chemo approaches with the triplet therapies in the near future. But we still need to get more mature data and confidence, and long term follow up. But that will be a major step forward, if that can happen in the next five to eight years. 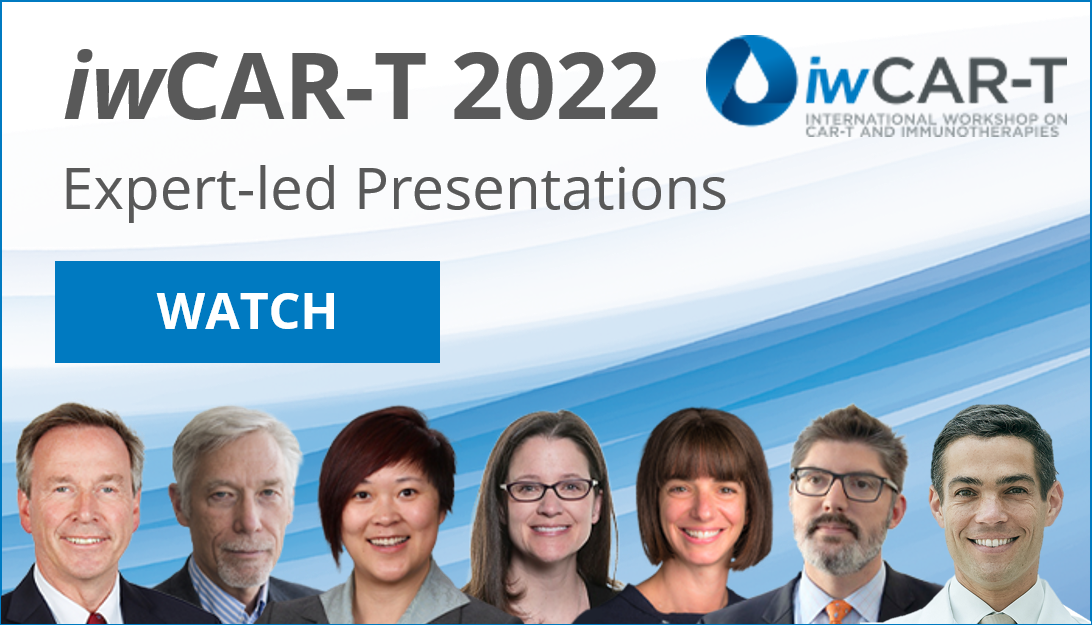 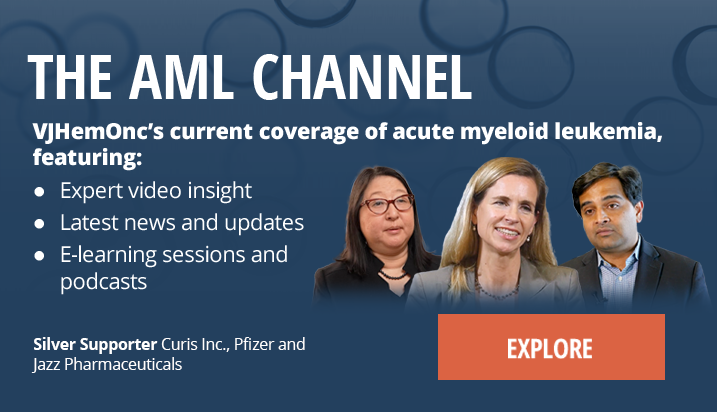 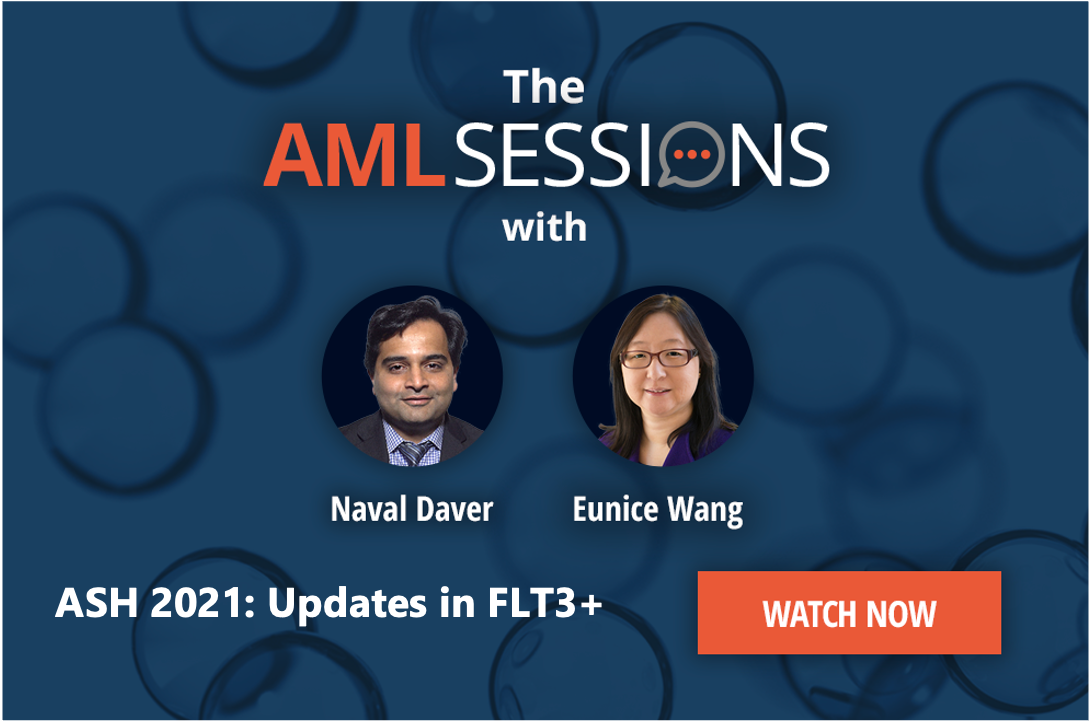 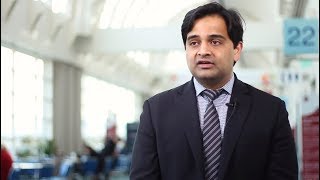 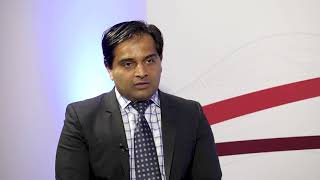 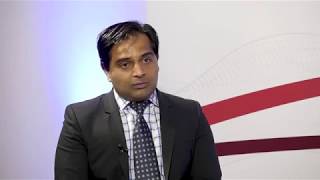 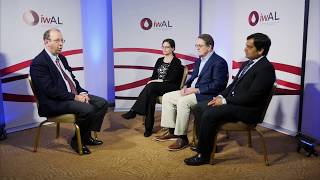 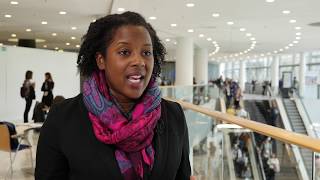 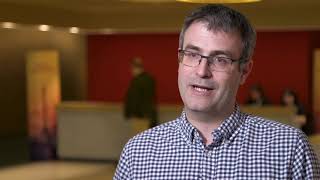 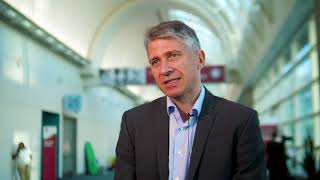 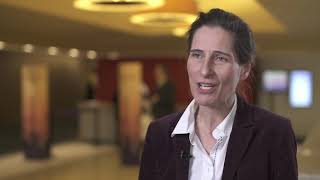