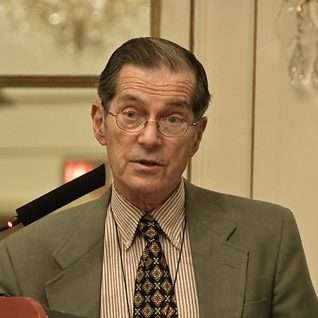 John Bennett, MD, is Professor Emeritus of Medicine, Pathology and Laboratory Medicine at the University of Rochester Medical Center, Rochester, NY. He is currently employed, part-time, in the Hematopathology Division, where he consults, daily, on the classification of Myeloid Neoplasms.

From 1963-1966, Dr Bennett was head of the hematology laboratories at the Beth Israel Hospital, Boston, MA. He served in the U.S. Public Health Service as Head of the diagnostic bone marrow laboratories in the National Institute of Health/Clinical Center from 1966-1968 in Hematopathology. He was the founder of the French-American- British (FAB) Leukemia Cooperative Group. He was appointed as the first Clinical Director of the University of Rochester Cancer Center, Rochester, NY in 1974, a position he held until 1995. During this period he was the principal investigator of the University of Rochester Eastern Cooperative Oncology Group (ECOG). Dr Bennett served as chair of the American Society of Clinical Oncology (ASCO) Public Relations Committee in the early 1980’s, as well as chair of the Education Committee for American Society of Hematology (ASH). He was a founding member of the International Society for Geriatric Oncology.

His major interests have been in the classification and predictive value of the precise description of leukemias.

Sorry, no posts matched your criteria.