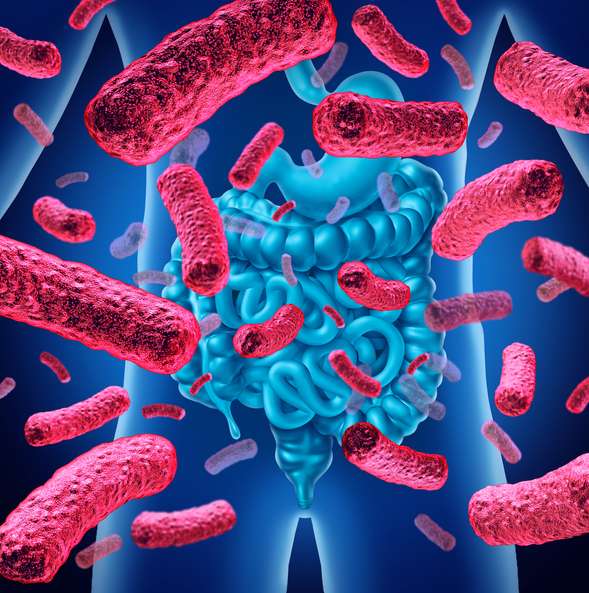 Alterations of the gut microbiota composition have been associated with complications after allo-HSCT, including infections, GvHD, and relapse, all of which represent a significant source of mortality in patients undergoing allo-HSCT.2 Therefore, a greater understanding of the relationship between gut microbiota and complications after allo-HSCT is essential.

“Our challenge over the next years is to figure out how to separate the graft-versus-tumor (GvT) effect we get with a HSCT from the deleterious toxicities such as GvHD. Manipulating the gut microbiota may be one avenue of investigation to separate GvT from GvHD.”

Recently published in the New England Journal of Medicine, a multicenter study, in which Dr Peled was involved, evaluated patterns of microbiota disruption and their associations with clinical outcomes in allo-HSCT patients. Peled et al found that a greater intestinal microbiota diversity at the time of neutrophil engraftment was associated with lower mortality.3

This study enrolled 1362 patients undergoing allo-HSCT from four institutions who were split into two cohorts based on geography. Acute myeloid leukemia (36%) was the most common hematological malignancy, followed by myelodysplastic syndrome and/or myeloproliferative neoplasm (19%) and non-Hodgkin lymphoma (17%). The researchers defined overall survival (OS) as the primary outcome and transplantation-related death, relapse, and GvHD-related death as secondary endpoints.3

In a subgroup analysis examining secondary endpoints, an association between lower intestinal diversity and transplantation-related and GvHD-related death was found. Additionally, microbiota compositions before transplantations were similar across geographic locations but appeared to have lower diversity than those of healthy individuals, suggesting microbiota disruption prior to allo-HSCT. Further, a lower diversity prior to transplantation was associated with poor survival.3

Overall, this study provides evidence that microbiota composition predicts outcomes of allo-HSCT and highlights two instances – both before transplantation and during the periengraftment period – at which interventions to prevent or ameliorate microbiota injury could be valuable.3

“There are four ways we could envision doing that. One could be an antibiotic strategy where we chose different antibiotics or time them in certain ways to prevent injury while still keeping patients safe. Another approach could be a probiotic approach, which could include fecal microbiota transplantation or even rationally designed probiotics with just the right blend of strains. Two other approaches are prebiotics, which are food sources that promote the growth of certain good bacteria, and a final approach could be a postbiotic approach, where bacteria-derived metabolites could be given to patients to mimic the effects of a good flora.”

Microbiota may hold the key to reducing a whole host of allo-HSCT-related issues and could be a potential therapeutic target in the future.