Highlights from the Texas MPN Workshop 2021

The Texas MPN Workshop: Second Annual Workshop and Meeting took place from 19 – 20 August 2021 as a virtual event, bringing together leading experts to share the most recent and exciting new developments in the field of myeloproliferative neoplasms (MPNs).

See our top picks below!

The use of interferon-alfa for the treatment of polycythemia vera

Interferon-alfa (IFN-α) is a naturally occurring cytokine which is currently being trialled for the treatment of patients with polycythemia vera. The current treatment paradigm for polycythemia vera focuses on reducing the risk of thrombosis to alleviate symptoms and to keep the hematocrit level below 45%. First-line therapy consists of aspirin and phlebotomy for low-risk patients, or aspirin and cytoreduction with hydroxyurea for high-risk patients.1 IFN-α therefore has the potential to become the first disease-modifying agent for the treatment of polycythemia vera, reducing spleen size and eliminating the need for phlebotomy.

The mechanism of action of IFN-α in myeloproliferative neoplasms (MPNs) is not fully understood; however, it is known that IFN-α induces the activation of the JAK/STAT pathway, which regulates the transcription of many genes. Initial evidence in favour of IFN-α2 as a treatment for polycythemia vera was published in 1985; however, it has been a topic of debate since, with its position in the treatment landscape yet to be established.1

In this video, Richard Silver, MD, of the Weill Cornell Medical College in New York, NY, discusses the use of IFN-α in the treatment of polycythemia vera, commenting on its long history in the field of MPNs and highlighting data from the recent PROUD-PV (NCT01949805) and CONTINUATION-PV (NCT02218047) trials, both of which investigated the benefits of ropeginterferon alfa-2b.

Prof. Silver reports that ropeginterferon alfa-2b has been shown to be superior to hydroxyurea in the CONTINUATION-PV trial, both in terms of improving myelofibrosis-free survival and overall survival, stating: “It causes a better hematologic response, a reduction in the JAK2 allele burden, and it has less toxicity in the long-term over hydroxyurea”. Prof. Silver also reports that treatment with ropeginterferon alfa-2b could lead to the restoration of bone marrow architecture after three to five years of treatment.

Prof. Silver goes on to explain the benefits of ropeginterferon alfa-2b for the treatment of patients with low-risk polycythemia vera compared to the use phlebotomy-alone, highlighting findings from an ongoing Phase II trial (NCT03003325). So far, this trial has analyzed data from 127 patients, randomized 1:1. At a median follow-up of 12.1 months the experimental arm reported a response rate of 84% compared to 60% in the standard arm (95% CI 7-41%, p=0·0075).2

In summary, Prof. Silver reports that this evidence suggests that IFN-α is a viable treatment for patients with polycythemia vera, with the potential to prevent transformation to myelofibrosis and to prolong overall survival.

Explore all things new and exciting in the field of myeloproliferative neoplasms (MPNs), including expert interviews from major international congresses, feature articles and webinars.

Avapritinib is a selective tyrosine kinase inhibitor of platelet-derived growth factor receptor alpha and mutant KIT, the underlying cause of around 95% of cases of systemic mastocytosis.4 The recent FDA approval of avapritinib in June 2021, based on the findings of the EXPLORER (NCT02561988) and PATHFINDER (NCT03580655) trials, has the potential to significantly impact the treatment of advanced systemic mastocytosis.5

In this video, Prithviraj Bose, MBBS, of the MD Anderson Cancer Center, Houston, TX, gives an overview of the findings of the EXPLORER and PATHFINDER trials. The PATHFINDER and EXPLORER trials were both multi-center, single-arm, open-label clinical trials investigating the overall response rate to avapritinib for patients with advanced systemic mastocytosis. The overall response rate in evaluable patients (n=53) for both trials combined was 57% (95% CI: 42, 70). The complete remission rate was 28%, with 28% of patients achieving partial remissions, and the median duration of response for both trials combined was 38.3 months.5 Responses to avapritinib were shown to be durable and to improve over time.

Dr Bose states: “The response rates [are] very high, 75% by the modified International Working Group criteria, which is really striking”. He also explains that the “median survival in the EXPLORER study, the Phase I study that has longer follow-up, was about 46.9 months”, whilst “the PATHFINDER study is a newer study and has shorter follow-up, so the median survivals have not been reached yet”.

Find out about the latest updates in hematological stem cell transplantation, including expert interviews from major international congresses, podcasts and roundtable discussions.

Momelotinib for the treatment of MPNs

Momelotinib is a Janus kinase (JAK)1/2 inhibitor which is currently under investigation as a potential treatment for anemia in patients with myeloproliferative neoplasms (MPNs), in particular for myelofibrosis. Momelotinib has been shown to downregulate hepatic hepcidin production via antagonism of the type 1 activin receptor in murine models of anemia.6

In this video, Abdulraheem Yacoub, MD, MBBS, of The University of Kansas, Westwood, KS, outlines data from the SIMPLIFY-1 trial (NCT01969838), a Phase III trial which compared outcomes with momelotinib to outcomes with ruxolitinib in patients with myelofibrosis, and the SIMPLIFY-2 trial (NCT02101268), which studied the efficacy of momelotinib versus the best available therapy in anemic or thrombocytopenic patients with primary or secondary myelofibrosis.

Whilst both the SIMPLIFY-1 and SIMPLIFY-2 trials demonstrated splenic volume reduction and symptom improvement with the use of momelotinib, Dr Yacoub reports that the trials failed to meet their primary endpoints and thus did not result in momelotinib’s approval for standard of care use. Despite this, Dr Yacoub states that patients receiving momelotinib who had a splenic volume reduction seemed to have a long-term consistent and persistent response, which was maintained in the majority of patients at long-term follow-up.

Dr Yacoub also comments on some promising findings from the SIMPLIFY-2 trial, saying: “A more impressive result was that for patients from the SIMPLIFY-2 study, in which their overall survival on therapy was over 30 months. [This] is an exceptionally long number for patients who have had a prior JAK2 therapy and are receiving the therapy in the second line setting, where the bar is usually 15 to 20 months for survival”.

As a result of these long-term follow-up results, which Dr Yacoub says demonstrated a favorable safety profile, durable response and improvement in anemia, with some patients achieving transfusion independence, a new Phase III study has been designed. The Phase III MOMENTUM study (NCT04173494) is comparing momelotinib against danazol in patients with symptomatic and anemic myelofibrosis. “This study has completed accrual, and we look forward to hearing the outcomes in terms of anemia responses and quality of life improvements,” said Dr Yacoub.

Watch the Post-EHA/ASCO MPN Session with leading experts Ruben Mesa and Naveen Pemmaraju as they discuss the most exciting updates from the EHA and ASCO 2021 meetings.

Potential approval of pacritinib for the treatment of myelofibrosis

Myelofibrosis is characterized by activation of the JAK/STAT pathway, resulting in downstream signalling which instigates cellular proliferation and impairs apoptosis.7 Allogeneic stem cell transplantation is the only available curative option for myelofibrosis; however, treatment-related morbidity and mortality prevent the majority of patients from receiving this therapy.1 Furthermore, many patients become relapsed or refractory to ruxolitinib and fedratinib, the two JAK inhibitors which are FDA approved, resulting in limited therapeutic options and poor prognosis. Thus, there is an unmet need for novel treatments for patients with baseline or treatment-emergent thrombocytopenia.8

Pacritinib is a JAK2 inhibitor which binds to the activated form of JAK2 through the formation of hydrogen bonds. As a result, JAK2 signalling-dependent cells suffer cell cycle arrest and undergo apoptosis.9

In this video, Aaron Gerds, MD, of the Cleveland Clinic, Cleveland, OH, talks on the submission of a New Drug Application for the JAK inhibitor pacritinib to the FDA. Dr Gerds discusses the results from the Phase III PERSIST-2 trial, reporting that treatment with pacritinib was found to be more effective than the best available for both spleen reduction and reduction in total symptoms, whilst also causing clinical improvement in hemoglobin and a reduction in necessary transfusions.

Overall, it was concluded that pacritinib is more effective than the best available treatment, including ruxolitinib, for reducing spleen enlargement and symptoms in patients with thrombocytopenia and myelofibrosis.8 If approved for clinical use, pacritinib could provide treatment to patients with thrombocytopenia who currently have no effective therapeutic alternative.

Find out about the latest updates in measurable residual disease (MRD), including expert interviews from major international congresses, podcasts and roundtable discussions.

Pelabresib for the treatment of myelofibrosis

Whilst the FDA approval of the JAK inhibitors ruxolitinib and fedratinib has led to improvements in quality of life for many patients with myelofibrosis, two of the most common treatment-related adverse events with these drugs are anemia and thrombocytopenia, making treatment of patients with disease-related cytopenias challenging. Furthermore, targeting of the JAK/STAT pathway does not appear to reduce transformation into acute myeloid leukemia.10

Pelabresib, formally known as CPI-0610, is a bromodomain and extra-terminal domain (BET) inhibitor currently being explored for the treatment of myelofibrosis. BET inhibitors can reduce the inflammatory response of bone marrow derived macrophages, thus suppressing the production of inflammatory cytokines.10 Currently, no BET inhibitors are FDA approved for the treatment of myelofibrosis.

In this video, Prithviraj Bose, MBBS, of the MD Anderson Cancer Center, Houston, TX, gives an overview of the key clinical trials of pelabresib, highlighting the ongoing Phase II MANIFEST (NCT02158858) and Phase III MANIFEST-2 (NCT04603495) trials. Both trials are investigating the efficacy of pelabresib in combination with ruxolitinib and as a monotherapy for the treatment of myelofibrosis.

Prof. Bose reports that “Pelabresib appears to be a drug that could be disease-modifying in myelofibrosis in the sense that it improves anemia, helps shrink the spleen as well as improve symptoms and is synergistic with ruxolitinib and perhaps will be with other JAK inhibitors as well”.

For more exclusive content on the latest updates in immuno-oncology, including interviews with leading experts, podcasts and e-learning, click below.

The thrombopoietin receptor, myeloproliferative leukemia protein (MPL), has recently been identified as a novel therapeutic target in the treatment of myeloproliferative neoplasms (MPNs). MPNs are hematopoietic stem cell (HSC) disorders that share mutations affecting either the thrombopoietin receptor directly, or indirectly through mutations in the JAK2 gene, its cognate tyrosine kinase, resulting in increased production of normal erythrocytes, myeloid cells and platelets.11

In this video interview, Jerry Spivak, MD, of Johns Hopkins University School of Medicine in Baltimore, outlines current research investigating the role of the MPL receptor in disease progression and its specificity for MPNs. Prof. Spivak explains that as MPL is the only growth factor expressed in hematopoietic stem cells, it could hypothetically be silenced or antagonized to prevent its mutated form from being active, reducing the production of blood cells, and therefore reducing the clinical symptoms of MPNs.

Based on these observations it has been proposed that targeting the MPL-thrombopoietin axis through a thrombopoietin antagonist could be an effective strategy for the treatment of MPNs.11 “This is a non-myelotoxic way of controlling a disease, in which patients are ordinarily treated with sufficient phlebotomy therapy to lead useful lives,” concludes Prof. Spivak. 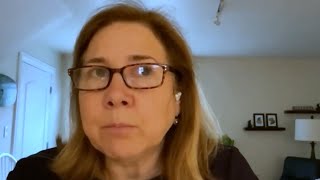 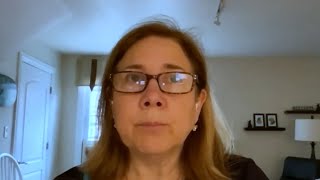 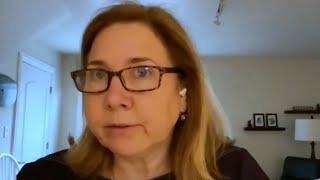 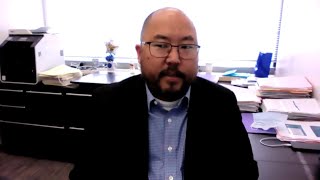